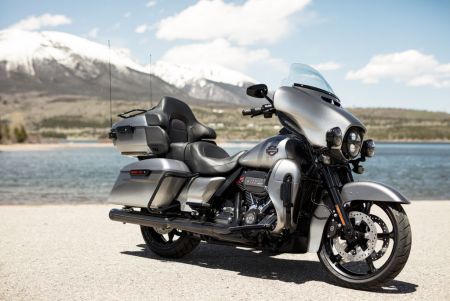 For the rider who expects it all – luxury, performance, features and style. The CVO Limited model offers the ultimate in long-range touring comfort and luxury.

To appeal to a broad range of customer tastes each 2019 CVO model is offered in three distinctly different styling treatments, from a look with a bright powertrain and chrome details with two-tone paint, to a combination of dark and bright finishes, to a very dark look with a monochrome or fade paint.

The Milwaukee-Eight® 117 is exclusive to CVO models and features 117 cubic inch displacement, a high-performance camshaft and intake, an elevated 10.2:1 compression ratio and produces up to 125 ft. lbs. of torque. On 2019 models the Milwaukee-Eight 117 for CVO is identified by a bright Blaze Red band on the engine rocker boxes.